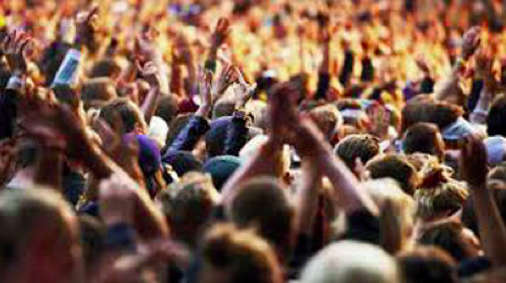 Most of you reading this probably don’t know me well but those that do know that I have a very broad musical palate. My top three artists are Billy Joel, Justin Timberlake and Jay Z. In my opinion, these three artists are musical geniuses. They are at the top of their game and I feel we can learn a lot from them.

We’ve learned customer loyalty from the likes of artists such as Billy Joel, Justin Timberlake and Jay Z. Billy Joel hasn’t released new music since his 1993 River of Dreams album, but he continues to sell out Madison Square Garden every month and has for the past 3 years. He has also created a culture of fans old and new, that support him and keep going back for more.

Justin Timberlake makes success look easy but in his Master Class interview with Oprah he shared that that exact thing of making it look easy, is the hardest part. His success was achieved through hard work. “All of that time in front of the mirror, all that time with that instrument in your hand, your fingers bleeding, your feet cramping, and pure exhaustion, that’s when it pays off.” We’ve learned from Jay Z to never become complacent. Although Jay Z has been extremely successful in his music career, his entrepreneur spirit has allowed him to expand beyond just the artistry and delve into other markets such as sports management, clubs, alcoholic beverages and clothing industries. Now, you’re probably wondering, what does this have to do with the hearing industry? But just take a few minutes to think outside of the box.

We’ve learned from Jay Z to never become complacent. Although Jay Z has been extremely successful in his music career, his entrepreneur spirit has allowed him to expand beyond just the artistry and delve into other markets such as sports management, clubs, alcoholic beverages and clothing industries. Now, you’re probably wondering, what does this have to do with the hearing industry? But just take a few minutes to think outside of the box.

Just like Billy Joel, Justin Timberlake, and Jay Z, we can keep our customers coming back for more. But we must provide an amazing experience that is deemed unforgetable in their eyes. In your practice, create an atmosphere where your patients will want to keep coming back for more. Create that organizational culture where each patient walks in and is “wowed” beyond amazement to the point that they can’t wait to tell their friends, just as if they had just left a Billy Joel, Justin Timberlake, or Jay Z concert.

Additionally, we learn from these artists that having a natural gift doesn’t guarantee success. However, what’s most important is how hard you are willing to work to achieve success. Justin Timberlake stated in his interview with Oprah that he practices, rehearses, and works when no one else is to master his craft. When you practice your craft and work hard in your practice, you have your foundation for a successful business.

We should should not become complacent in our business. One of my favorite Jay-Z quotes is “I’m hungry for knowledge”. Just like Jay Z, we should be hungry for our patients. Are you working hard to reach new patients? Or are you complacent with the business that you are currently getting? My opinion is that if we continue to sharpen our saw and use our industry’s best practice recommendations, we will find business success.

We have an amazing opportunity with the Baby Boomers aging into our hearing aid population. We know that this generation will do their research. They will come with questions about technology and price and want to know, “Why should I choose you?” You have to be ready to tell them and show them. Your patients want more, in fact, more is what keeps them coming back.  Give them more than they would have ever expected. Thank you for reading. Rachele M. Orsini, Au.D. Field Sales Representative Starkey Hearing Technologies Rachele_orsini@starkey.com @OrsiniRachele 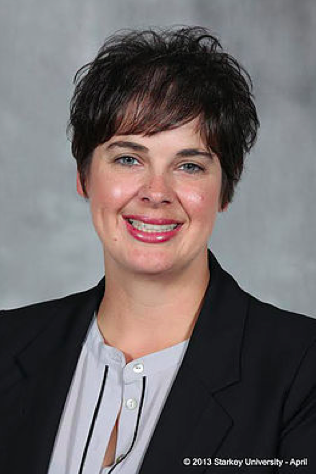 Bio: Dr. Rachele M. Orsini, Au.D. has been an active member of the Audiology Community in Florida since 2004.  She received her undergraduate degree from West Virginia University in 2000.  She then moved to Florida where she attended the University of South Florida and received her Doctorate of Audiology degree in 2004.  She is licensed by the State of Florida Department of Health Division and Medical Quality Assurance. Dr. Orsini spent eight years working for a retail hearing aid company before she joined Starkey in 2012. She currently serves as the Central Florida Field Sales Representative for Starkey and resides in Tampa.  She is also sitting on the board of the Florida Academy of Audiology as the Membership Chair. In her spare time she enjoys dining out at new restaurants, trying new wines, antique shopping, and spending time with her friends and family.